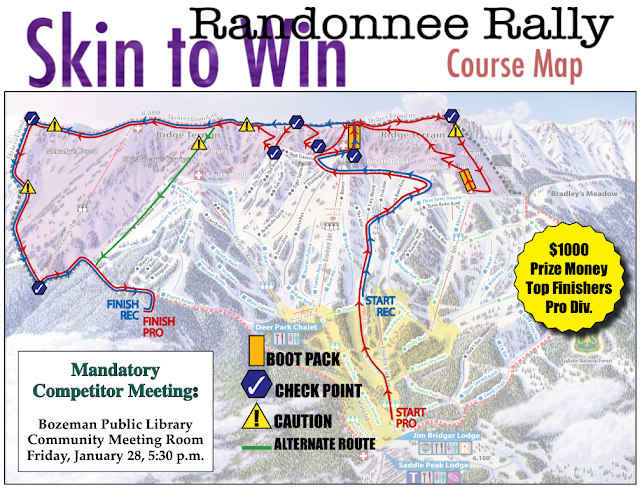 Wikipedia defines Ski Touring as “…a form of backcountry skiing involving traveling over the winter landscape on skis under human power rather than through the use of ski lifts or snow vehicles.

The competitive form of ski touring is often referred to as randonnee racing wherein participants compete in a timed event during which they must move through a course ascending (both skinning and bootpacking) as well as by doing traditional ski descents.

Competitors are required to carry/use the following equipment:

I’ve been wanting to participate in this race for the past two years since moving to Southwest Montana so I’ve got it on my calendar.  I am capable of putting in the vertical required for the Pro competition but I typically would require all day to do it.  Since this is a competitive format I’ll be entering the Recreational class.